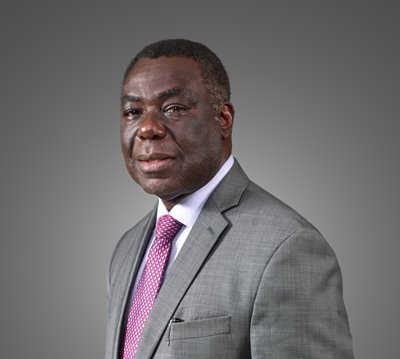 Ignatius Ifelayo graduated with a first class degree in Petroleum Engineering from the University of Ibadan. He has had over 35 years’ experience in the Oil and gas industry covering onshore, offshore and deep water operations. He has worked at various times on company assignments with Texaco Overseas in Nigeria, Texaco USA and ChevronTexaco in United States and Addax Petroleum in Geneva, Switzerland. He has attended numerous technical and Management programs overseas and in Nigeria.

He started his career with Texaco Overseas (Nigeria) Petroleum Company (TOPCON)as an Operations engineer and gradually assumed increasing responsibilities in technical and managerial positions including Head Reservoir Engineer, Chief Engineer, Assistant to Management, District Manager, General Superintendent and General Manager(Operations and Deepwater development) prior to the Chevron Texaco merger in 2001. Subsequent to the merger, he was assigned to work in Houston, USA with the Project team for the development of the company’s Agbami field.

He joined Addax Petroleum in 2005 as Asset Manager and later assumed other roles within the company including General Manager (Asset Management). In December 2010, he was appointed Managing Director of Shoreline Logistics Nigeria, a subsidiary of Addax. He is a member of the Society of Petroleum Engineers as well as the Nigerian Society of Engineers. He joined Oriental in December 2013.