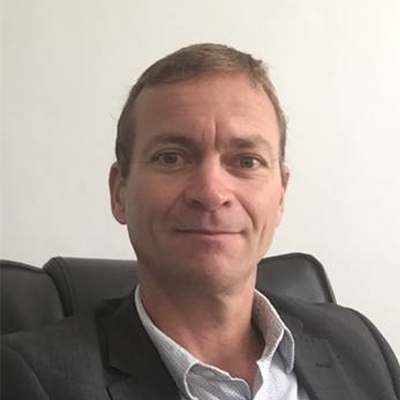 Alex graduated from Bath University with a combined honours degree in Physics with Geophysics and went on to complete an MSc in Marine Geotechnics before joining Western Atlas as a Field Geophysicist on their OBC and towed streamer seismic crews back in 1995. Having worked offshore he moved to PGS in 1998 as an operations geophysicist supporting the multiclient group and subsequently moved to Lagos, Nigeria as Country Manager in 2001 where, amongst other achievements, he managed to help host and commentate “live” a rugby world cup qualifying match. In 2004, you can imagine, he was delighted to be offered the Managing Director position in PGS Brasil, based in Rio. Whilst there, as well as building PGS’s data library he was elected President of the IAGC Brasil chapter and, through a combined industry effort managed to successfully alter legislation to support multiclient library investments through the  period of license round stagnation following the massive pre-salt discoveries in Santos and Campos.    6 years later, having spent enough time on the beach, he accepted the role of Vice President S. America, based in Houston for PGS and from there built PGS’s footprint in Uruguay, which was at the time the largest single phase of multiclient acquisition that PGS had undertaken.  Now, having returned to the UK, in his current role  as Vice President PGS Africa MultiClient , he is responsible for all aspects of Africa MultiClient projects, from first conception to final delivery.