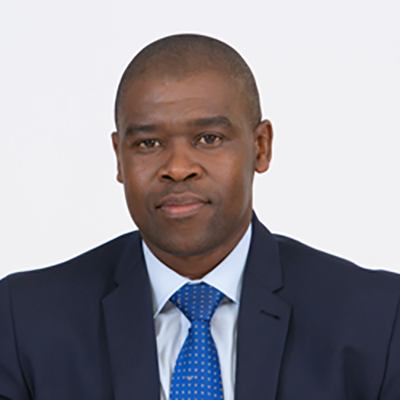 Mr. Bongani Sayidini is the Vice President – Exploration and Production at PetroSA and was appointed on 1 December 2018 as the current Acting Group CEO of PetroSA.
Bongani Sayidini holds a Bachelor of Technology in Chemical Engineering, an MSc in Petroleum Engineering (University of London) & DIC; an LLM in Petroleum Law and Policy “with Distinction” (University of Dundee, Scotland) and an MBA (University of Cape Town).
Bongani started his Petroleum Industry career 19 years ago as a Production Engineer at PetroSA’s GTL Refinery. He later become a Reservoir Engineer and worked in multi-disciplinary project teams evaluating oil and gas opportunities in Africa. He rose up the ranks in Petroleum Engineering and reached the level of Principal Reservoir Engineer responsible for the wells and reservoir management of PetroSA’s indigenous oil fields/and or production optimization, using industry standards dynamic simulation models software such as bEclipse. He subsequently joined PetroSA’s Corporate Strategy and Planning Division as a Strategist/Head of Business Intelligence, where he spent the next 3 years of his career.
Bongani rejoined the Upstream E&P in 2013 as Regional Manager – East Africa and was responsible for the identification, and techno-commercial evaluation of oil and gas opportunities in East Africa.  Mr. Bongani’s role within PetroSA to expand in 2016 to cover E&P business development across Africa and Rest of the world, including unconventional resources in South Africa.
Bongani is currently a PhD Candidate in Petroleum Law, supervised by the DST/NRF Mineral Law in Africa Chair at the University of Cape Town, Professor Hanri Mostert.