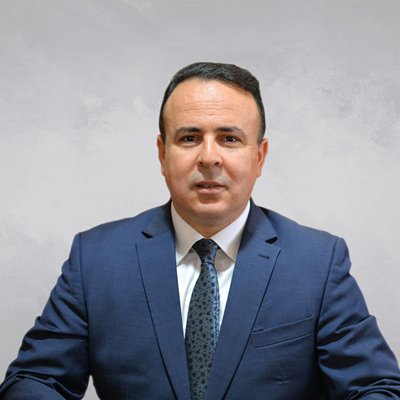 Mr Chaher Boulakhras is a State Engineer in Petroleum Economics. He joined Sonelgaz in December 1999 as a Design Engineer in the former Constantine Zone / Electricity and Gas Distribution Division.

He has held several positions of responsibility as Head of District (Akbou city), Head of Commercial Department (Bejaia Agency), Regional Director of Distribution (Tamanrasset and Tizi-Ouzou cities), before being appointed Chairman and CEO of SKTM, Sonelgaz Subsidiary, in charge of the implementation of the Renewable Energy program, of production of the South networks and the Engineering.   Since June 2019, Mr Boulakhras has been appointed chairman and CEO of Sonelgaz Group.

He is also Chair or Vice-Chair in a lot of international associations as Med-TSO, COMELEC and OME, … and also member of the board of directors and general assembly in others associations as AUE, APUA ,….