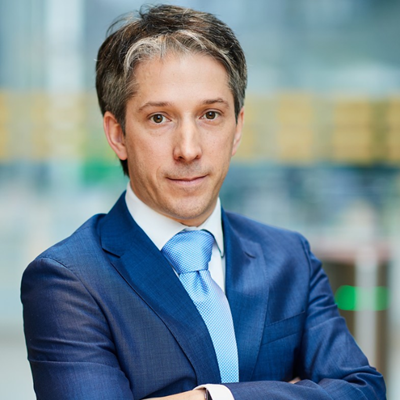 Gillian-Alexandre Huart is the CEO of ENGIE Energy Access, ENGIE’s newly launched Access to Energy business in Africa, born out of the successful integration of solar home system companies, Fenix International and ENGIE Mobisol; and mini-grids provider, ENGIE PowerCorner. He is responsible for driving ENGIE’s ambitious goal of maintaining market leadership and providing long-term impact on the lives of Africans.

He began his career as a consultant with Accenture before joining Electrabel in 2002 in Audit and Internal Consulting. He moved to GDF SUEZ Asia in 2008 as Senior Vice-President Business Development. In 2014, he was appointed Managing Director of SMN Power Group, which produced 20% of the electricity and water in the Sultanate of Oman, and won the largest desalination project in the country. He moved to Tractebel in 2017 as Director of Energy Transition and Innovation and developed the activity of consulting and services in sustainable development solutions. He contributed to the creation and implementation of ENGIE Impact, and led the EMEAI region (Eurorope, Middle East, Africa and India) as Managing Director in 2019.

"Panel: Leveraging an Integrated Energy Mix for Africa: How do we Achieve a Clean and Competitive Energy Future for the Continent?"