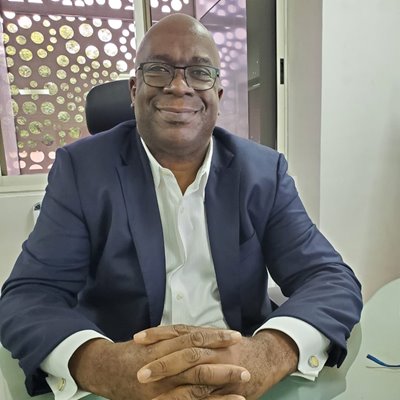 Henry Menkiti is Chief Operating Officer at Asharami Energy, a Sahara Group Upstream Company. He has over 30 years’ Upstream Oil & Gas experience in the Americas, Europe, Middle East & Asia with Schlumberger (Vice President) as well as BP-LYTT (A BP Subsidiary). He is a senior member of the SPE, SPWLA and EAGE.

Earlier in his career at Schlumberger, he held various Field & Operational Management positions in Wireline and at Wireline Headquarters & roles in Seismic Operations. More recently, he was VP, Business Development for LYTT, an Upstream subsidiary of BP. He has also been involved in Business Consulting across North America, Latin America, Europe and West Africa.

11/09/2021 16:45 11/09/2021 17:30 Panel: Safeguarding and Strengthening African Upstream Portfolios through Technology & Innovation Despite technology and digitalisation traditionally playing an important role across the upstream, COVID-19 was a catalyst for wider, imperative adoption at scale as operators and wider industry were forced to reinvent their operating models and conditions, taking advantage of remote access as the world went into lockdown. This session will explore the role technology and innovation can play in providing resilience to portfolios through contributions to capex reduction, streamlining operations and upskilling the workforce. Madinat Jameirah
Venue