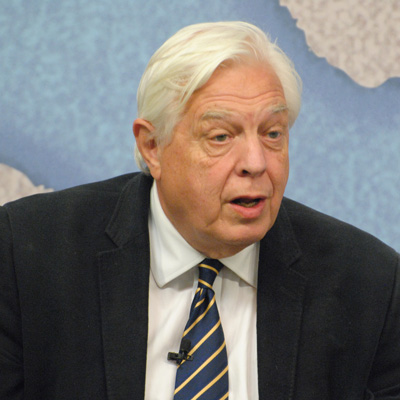 John Simpson is BBC World Affairs Editor, and one of the most familiar ﬁgures in British television news. From Tiananmen Square to the Berlin Wall, from Baghdad to Bosnia, from Afghanistan to the Amazonian jungle, he has reported on all the major events of our time.

John has met and interviewed more than eighty world leaders, including Reagan, Gorbachev and Mandela. He has also faced up to many of the more reviled ﬁgures - notably Osama Bin Laden (who tried to persuade Taliban gunmen to shoot him dead), Ayatollah Khomeini and the Emperor Bokassa. Despite a BBC career spanning four decades, John is still taking risks for journalism, such as his reporting undercover in Zimbabwe whilst wanted by the Mugabe regime.

The current affairs programme Simpson's World is broadcast in 200 countries. John also writes for various newspapers and is author of numerous books, including Strange Places, Questionable People, A Mad World, My Masters and News From No Man's Land. Recently, John joined explorer and adventurer Sir Ranulph Fiennes and solo-yachtsman Sir Robin Knox-Johnson for the BBC series ‘Old Dogs’ as the each man introduced the others to their own particular danger zone; Afghanistan, the Arctic and Cape horn respectively.