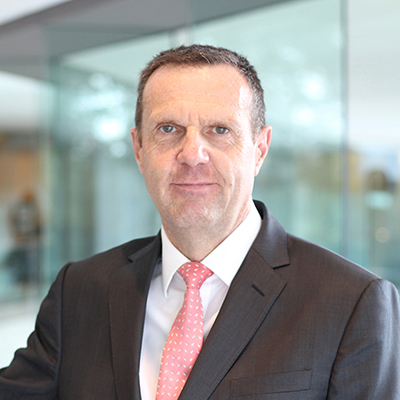 Neal has nearly three decades of experience in the energy industry – hired by BG as a petroleum geologist fresh out of university, he initially worked within the company’s Exploration & Production Team in Asia-Pacific and the UK before his desire to understand the bigger picture led to a role within Strategic Planning.

Six years later Neal left BG, attracted by Wood Mackenzie’s innovative business model, commercial focus and the opportunity to work directly with many different clients. He started out as a research analyst for Latin America and soon progressed to Head of Global Energy Research.

Neal’s career has taken him into many other areas of the business, helping to inform the holistic view of Wood Mackenzie he has today. In 1999, he helped to lead the development of a new technology approach before moving into Consulting where he worked in partnership with clients on issues ranging from the creation of new corporate growth strategies to improving performance. He later became Global Head of Consulting, facilitating the development of the practice and doubling the size of the business.

Neal was appointed President of Wood Mackenzie in 2015 and is responsible for overall business performance. Based in Houston and an active member of the National Petroleum Council, he remains highly connected to the energy industry while being committed to diversifying Wood Mackenzie’s sectors, culture and user interfaces to create industry-leading levels of client satisfaction and growth.

11/05/2019 09:20 11/05/2019 09:40 Realising a Successful and Sustainable Future Outlook In this opening keynote, we will forecast the future energy mix for Africa within the context of a changing global picture. To be discussed:
Main Stage
Venue