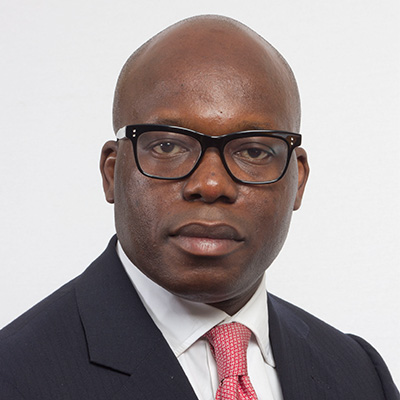 Wale Tinubu is the Group Chief Executive of Oando PLC, Africa’s leading indigenous energy solutions provider listed on the Nigerian and Johannesburg Stock Exchange. In June 2015, Wale was named ‘Entrepreneur of the Year’ West Africa by Ernst & Young on the basis of his contributions to the development of the African Oil and Gas industry. His entrepreneurial achievements also led to his induction into the Ernst & Young’s World Entrepreneur of the Year Academy.

In 2014, under his leadership, Oando PLC successfully concluded the US$1.5 billion acquisition of ConocoPhillips Nigeria business, a first for a Nigerian indigenous company transforming the company into the country’s largest indigenous oil and gas producer with an estimated output of 55,000 boepd.

In 2011, he was awarded the ‘African Business Leader of the Year’ by Africa Investor and in 2007, he was named a Global Young Leader by the World Economic Forum, Geneva, in recognition of his achievements as one of the leading executives under 41.